The wondrous life and work of.... 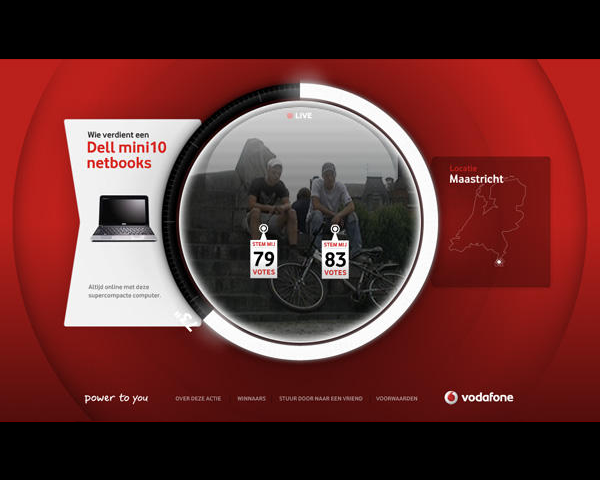 In September 2009 Vodafone released a online campaign, called Upgrade a Stranger. Random couples on the street where secretly filmed and streamed live to the campaign website. Visitor of the site had 2 minutes two choose which one of the people on screen should win one of the many prizes. The campaign ran only for three days, and was pushed through advertorials and leading Dutch blogs. The campaign was conceived by ACHTUNG!

© 2021 The wondrous life and work of…. — Ondersteund door WordPress